French, are you capable of being delighted?

French, are you capable of being delighted? 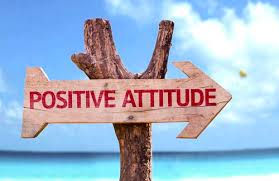 French, are you capable of being delighted?
0-0 Switzerland-France Football match yesterday June 19, 2016
France is ranked first in its pool in its run for the EURO.
And yet … .in listening to the news this morning in France, I was struck by the criticism, regret, lack of enthusiasm, the sluggishness of the French people.
In a rather gray social, political, economical and current weather forecast, the successful ranking of France, in line with its objective could have been a pretext for collective joy of movement.
It is not so.
Where does this natural French penchant for gloom come from?
Is happiness an emotion that would not fit in the French manners? Is Rejoicing suspect? Or rude? Or low? Coarse? Childish?
Our education system has taught us to handle criticism, systematic approach of confrontation, and conflict. This can be a strength and an advantage in some areas as long as we do not stagnate at this stage,which is more destructive at the end.
It seems that we are prisoners of this state of mind, and we forget that to move forward, we must ALSO go into higher gear: targeting the final goal, cultivating joy, envy, positive attitude.
Can we win our remaining stuck in a vicious circle of gloom? Can we move forward? Be happy in this condition?
Personally, I doubt it.
If we look deep into the result of the France-Switzerland soccer match with a POSITIVE critical eye, it may looks like:
The goal of the match was to maintain our positioning header in the pool: we managed it => clap-clap: welcome us! Smile, applaud!
– Despite a lawn in poor condition … there was a beautiful feat by the team of "Skaters"
– The team consisted of members of Team 2 instead of team 1 having rest; and team 2 succeeded: Congratulations to them! They could also rub during the match at a EURO match experience, and necessarily increased, which is very positive and promising for upcoming games and the coming years. They are actually spared for upcoming games
– the underdogs have proven that walking together, they could be very scary to the opposing team with strong actions late in the game
– the coach manages to remain like marble from critics
So I say "Bravo" to the French team! And thank you for giving us a nice selection, a ray of sunshine in the sky so gray.
We are proud of all of you, of your melting-pot, we are proud to wear our blue-white-red flag to hear the Marseillaise sung loudly throughout the match.
And yes, we have an excuse to be happy! Grasp it with both hands!
Let us the revolution of smile, positive, joy spread widely! And fire the virtuous circle: the positive results bring the Positive!
Plus it’s free, and it generates in return the gratitude, the feeling of fullness and well-being.
As Voltaire said: "I decided to be happy because it’s good for health"

Which one is your favorite leadership style?